Snipers, anti-drone system to be deployed for Amarnath Yatra 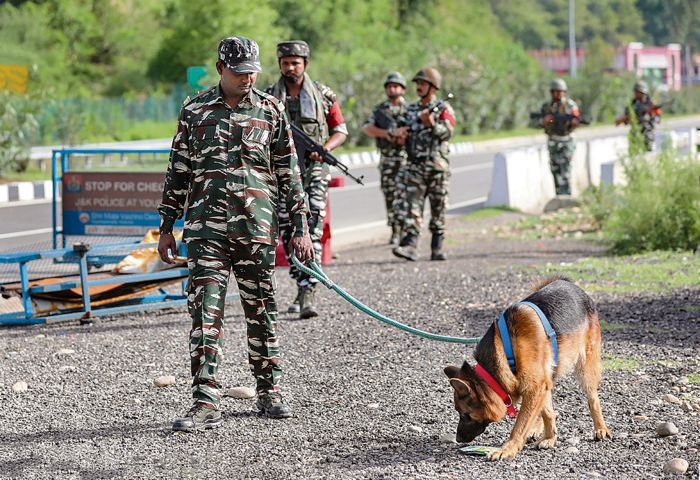 In wake of inputs that terrorists may try to disrupt the upcoming Amarnath Yatra, rooftop snipers and anti-drone system will be deployed at different places in Jammu to provide safety to the pilgrims.

The pilgrimage will start after a gap of two years on June 30 with continuous efforts by Pakistan-backed ultras and ISI to create hindrance in one of the most revered pilgrimage of Hindus.

Jammu Senior Superintendent of Police (SSP) Chandan Kohli said adequate security arrangements have been put in place ahead of the pilgrimage.

“We have also deployed men at the railway station, airport and other locations so that the pilgrims remain safe,” he said.

The SSP, who was talking to mediapersons at the Jammu Press Club, said in the wake of threat of drones from across the border, anti-drone systems had been installed at different locations to deal with the threat. Drones carrying arms and ammunition from Pakistani side have been detected along the border in the recent past.

The SSP expressed concerns that there were new challenges like sticky bombs and IEDs, movement of which were being seized by the police from time to time.

“Convoys of pilgrims will be provided foolproof security as there will be quick reaction teams at many locations. Sanitising of the routes will take place by road opening parties before the convoys move. Area domination will also be held by the security forces,” said Kohli.

The SSP added that there was a threat of sticky bombs in Jammu and people who park their vehicles at public places must have a look on the surface before sitting in their vehicle.