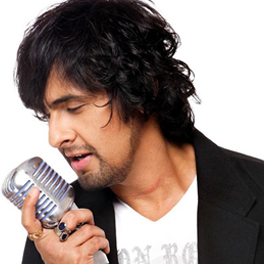 Sonu Agam Kumar Nigam was born on 30 July 1973 to Agam Kumar Nigam and Shobha Nigam in a Kayastha family, in the city of Faridabad, Haryana.His sister Teesha Nigam is also a professional singer.Nigam began his singing career at the age of four, when he joined his father Agam Kumar Nigam on stage to sing Mohammed Rafi's song "Kya hua tera wada".From then on, Nigam accompanied his father on his singing appearances at weddings and parties. He moved to Mumbai with his father to begin his Bollywood singing career at the age of 18.He was trained by Hindustani classical singer Ustad Ghulam Mustafa Khan.Nigam married Madhurima Mishra on 15 February 2002.He has a son called Neevan